Can an application for advance ruling be rejected by the Authority on the grounds that notice was issued by the department after filing of application?

ISSUE INVOLVED
Can an application for advance ruling be rejected by the Authority on the grounds that notice was issued by the department after filing of application?

HELD THAT
Any enquiry initiated by the revenue after the date of application seeking advance ruling does not invalidate the application. 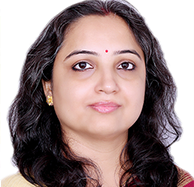 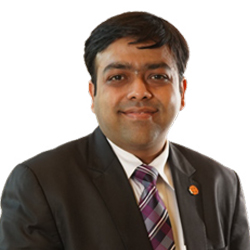 The petitioner M/s. Srico Projects Pvt. Ltd., registered under GST Acts is engaged in the business of undertaking works contract mostly with the Central and State Governments.

In the due process of executing a works contract for the Central Government Employees Welfare Housing Organisation, there was a disagreement between the petitioner and the recipient of services regarding the rate of GST chargeable for the given services.

As per the petitioner, GST should be charged @ 18% whereas the Central Government Employees Welfare Housing Organisation paid GST @12% making the petitioner susceptible to charges of underpayment of tax.

In order to get clarifications regarding the rate of tax on works contract services rendered to Government Organisations, an application for advance ruling was made by the petitioner on 11.05.2019. Meanwhile on 15.12.2021, Directorate General of GST Intelligence (DGGI), Hyderabad Zonal Division, issued a notice to the petitioner alleging short payment of GST i.e. 12% instead of 18% followed by issuing of summons to the Managing Director of the petitioner under Section 70 of the CGST Act.

After a wait for over three years, the Authority for Advance Ruling vide notice dated 25.04.22, scheduled a personal hearing for the applicant on 27.04.22. During the course of proceedings, by an order dated 03.06.22, the application was rejected by the Authority based on the grounds that since DGGI had initiated enquiry into the business activities of the petitioner and subsequently issued a notice on 15.12.21, the case of the petitioner falls under the first proviso to Section 98(2) of the CGST Act.

Aggrieved by the ruling of the Authority, the present writ petition has been filed under Article 226 of the Constitution of India, seeking dismissal of the above-mentioned order dated 03.06.22.

During the court proceedings, the Learned Counsel appearing for the petitioner cited a similar order dated 14.03.22 passed by the Telangana State Authority for Advance Ruling in A.R. Com/28/2021 in which case application for advance ruling was filed on 11.07.20 and subsequently investigation was initiated by DGGI in August 2020 on the question raised by the applicant. Ruling was granted by the Authority quoting that an application for Advance Ruling cannot be rejected on the grounds that investigation was initiated by the revenue after filing of application seeking advance ruling.

The respondents Counsel argued that the petitioner was well aware of the ongoing investigation by the DGGI but had erred by not disclosing the same to the Authority, and hence the rejection of application by the authority is justified.

A simple reading of the provisions of law clearly establishes that an application for advance ruling will not be admitted by the authorities where the question raised in the application is already pending or decided in any proceedings in the case of the applicant. It implies that on the date of filing of application the above criteria needs to be checked and not afterwards.

Based on the above-mentioned facts of the case it can be seen that departmental enquiry was initiated after the application was filed by the petitioner and hence the rejection of the same by the authorities was unwarranted. Thus the Hon’ble Courts’ decision to restore the application was within the parameters of the legal provisions and fully justified.

Please note that Facts of the Case and Queries are as summarized by us based on our reading of case law and our interpretation based on law prevailing as on the judgement date. No assurance is being given on the correctness of the facts, and our opinion / analysis is given solely based on facts provided herein above.
Please note that this news and update is prepared by author for spreading knowledge, and the view is a matter of interpretation, and law is subject to various interpretations. The application of law and impact can vary widely based on the specific facts and interpretation of statute. Our views expressed above is based on facts and assumptions indicated above. No assurance is given that the authorities and/or Courts will concur with our views. We do not accept any liability, for any loss or damage caused as a result of any action taken on the above opinion expressed by us.
We hope you will find the above in order and we shall be too glad to provide any other assistance as may be required. In case you are looking specific expert help in relation to matters connected to this update or otherwise, please feel free to write to us on vaibhavjain@mehragoelco.com ; mg@mehragoelco.com